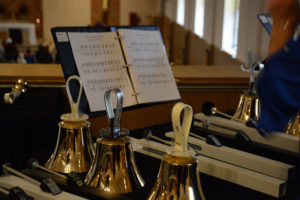 Rome the New Centre.—The Power that rules in the affairs of men seems to have made provision for the elevation of the whole race by diffusing at intervals of centuries, the treasures of art, science and thought accumulated by a nation of unusual power and energy. Egypt dominated the northern part of Africa, the shores of the Mediterranean and the western slopes of Asia Minor, and in course of time yielded to the advance of the Greeks, but leaving behind, as a legacy, much that has had enduring value. What had once been centred in one nation, under the control of one caste, the priests, was spread through much of the known world. Greece, in turn, shaped the destinies of expanding civilization. In the Greek social life free art played a great part; wherever the Greeks went as merchants and colonists, they carried with them the principles of Greek art, including music. Greek musicians were accounted stars of the first magnitude in Egypt, in the Greek colonies of Italy, and later in Rome, which, after the fall of Greece as a political factor, became the political, social and artistic centre of the world; through her conquests and subsequent colonizing diffusing throughout a larger world than Egypt and Greece knew, an increased wealth of thought and action which greatly influenced later generations.

Rome Dependent Upon Greece.—The Romans did not show a native instinct for art. Their national qualities were essentially warlike, and were developed by years of struggle for existence. A people whose organized life was political and martial, and for so long found expression first in defence, later in conquest, would not develop a true art life. As they grew stronger they built up their collections by pillage and by purchase; they were taught music, oratory, architecture, sculpture by Greeks who sought the capital of the world. Roman nobles imitated Greek customs, learned the Greek language and literature, cultivated music according to Greek methods, used Greek instruments, such as the cithara, lyre and flute, sang Greek songs and formed companies of singers and players to furnish entertainment at their feasts and at the public spectacles. The Roman drama was modified by Greek principles, and Greek actors replaced Roman artists; the pantomime was borrowed from Egypt. Music was a favorite distraction in the high ranks of Roman society, and men known to history were skilful players or singers—Sylla, Flaccus, Calpurnius Piso, Titus, Caligula, Hadrian, and, best known of all, Nero. 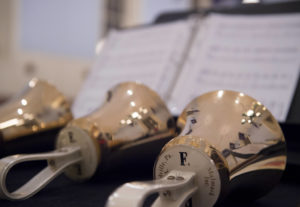 Growth of Christianity.—While the Roman Empire, in its turn, had served the purpose of the Ruling Power in the affairs of men, in secret a new force was gaining strength, one that was soon to drive pagan arts and pleasures from open cultivation. In the Catacombs, in remote sections of the great city, pursued, hunted like beasts, martyrized, the Christians clung to their faith with its simple rites of worship, in which the singing of songs was a marked feature. [Pg 63]Whence these songs came is by no means certain, the prevailing opinion being that they were of Greek origin, modified by Hebrew influence. In the course of years songs were introduced in the Christian service with no other warrant than that of tradition. During the years of persecution no systematic cultivation of music was possible. Later, when Constantine accepted the Cross, 325 A. D., and Christianity had triumphed over Paganism, the abuses became such that the ecclesiastical authorities set themselves to the task of reform and of establishing a system of song for the use of the Church.

Origin of the Church Scales.—It is absolutely unknown when or by whom the system of scales, known as the Church Scales, was invented. The latest writer on the Greek System was Claudius Ptolemy (about 130 A. D.). In 330, Pope Sylvester established a school for training church singers, but we have no information as to the system he employed. The name of Ambrose, Bishop of Milan (333-397), has for centuries been associated with what are called the Authentic Scales, but there is no valid evidence whatever that he had anything to do with their adoption. The name of Pope Gregory (540-604) has also been associated with another set of scales called Plagal, with as little authority as in the previous case. There does not appear to have existed any system of notation in the time of Ambrose or Gregory. The Greek notation by letters was forgotten, and the very insufficient system of notation by Neumes had not been invented. The only writer of any authority after Ptolemy was Boethius, and he did more to confuse the subject of music than to explain it.

Foundation of the Church Scales.—But if we know nothing of the inventor of the Church Scales, or of the way in which they grew into their final form, we are, nevertheless, perfectly well informed of the fully-developed system which, it must be remarked, grew out of a misunderstanding of the Greek Scales. The Church Scales were founded on the Greater Perfect System of the Greeks, with this restriction, namely, that it was not transposable; whereas, we have seen that the various Greek modes were transpositions of either the Lesser or Greater Systems.

This is the series of sounds from which the Church Scales were made. None of them might be altered by sharp or flat, except the B in the second octave (and this was a later addition which was probably owing to a remembrance of the Lesser Perfect System in which the B was flat.) The Greek names were retained for the Church Scales, but as not one of the notes was inflected, it follows that the halftones occur in different places in every scale. The scales to which these names were given were called Authentic, those with the prefix Hypo were called Plagal. In the table on the next page, the Greek and Church Scales, also the Greek octaves are given side by side.